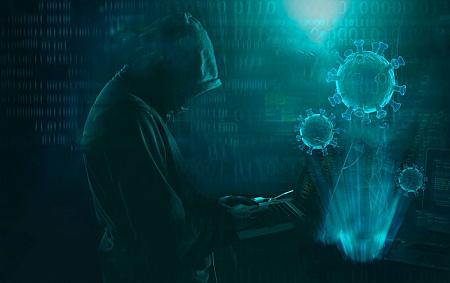 From Surface to the Dark Web in the realm of terrorism

Globalisation, internet, and the development of new technologies undoubtedly have brought many new opportunities and benefits to the societies and the entire humanity. They have also contributed to the occurrence of digital era, which facilitates the relatively free flow of information across the world. However, they have also brought us many new challenges and threats, including the evolving online radicalisation.[i] Like any other activity nowadays, terrorists have been moving theirs (e.g., hide their communication, propaganda efforts, recruit, radicalise, obtain weapons, explosives, fraudulent documents and other illicit goods and services) online. The report of Henry Jackson Society from 2018 states that the Dark Web area has become a ‘safe heaven’ for terrorist groups in their activities (including the plotting of the next attacks).[ii] It unravels how terrorist groups are establishing, maintaining, and deploying networks on the ‘Darknet’ to spread their propaganda, attract/recruit supporters and raise money. It also calls for immediate actions by governments, police and security services to initiate actions to fight extremist activity online, particularly in the Dark Web.

What is the Dark Web?

The World Wide Web (www) as we know it today is often compared with an iceberg. The tip of which is the open Surface Web, accessible to almost everyone and the Deep Web – the bottom part rather difficult accessed by the general public as it is not indexed by the standard search engines (Google, Bing, DuckDuckGo, Ecosia, Yandex).[iii] It is not widely known that the major content within the Deep Web is of good nature and legal (e.g., parts of paid transcriptions, password protected accounts for different services).[iv] It is worth to note that the Dark Net/Web is only a small part (0.01%) of the Deep Web accessed via particular browsers and/or software (e.g. The Onion Router (Tor) or Invisible internet Project (I2P)) to avoid tracing the traffic to the original users and their location. The Dark Web comprises of thousands of websites deploying anonymity tools to conceal their Internet Protocols (IP) addresses. It has been often referred to as the online equivalent to the ‘black market’.[v] It has been highly argued that most of the content and communication is intentionally hidden to conceal illegal activities (drug and fire-arms trafficking, pornography, money laundering, document frauds, terrorist communication and planning).[vi] There are even studies reporting that more than half of content within the Dark Web is unlawful (e.g. pornography, illicit finances, drug hubs, weapons trafficking, counterfeit currency, terrorist communication).[vii] However, it is not all ‘dark’ and illicit after all. For instance, the Dark Web is used by journalists, civil rights activists, dissidents to avoid being censored or threatened due to its privacy features. Furthermore, Dark Web is used in countries with limited or regulated access by oppressive governments (e.g., North Korea, China, Iran, Cuba).[viii] So, Dark Web might be a way to bypass such restrictive measures and ensure freedom of expression and speech, which are fundamental rights. However, how do we prevent terrorists and criminals to make use of it while guarantee the lawful usage and freedom of expression? It is a matter of another discussion.[ix]

One of the primary reasons for everyone to go online is the easier and quicker way of spreading and sharing information, thoughts, and ideas to a wide group of people all over the world. Another major reason is the wider audience that you can reach, easily in a shorter period of time with less resources. These are also valid for terrorist and extremists. They have started exploiting the Surface Web since the late 1990s.[x] For instance, according to the Amadeu Antonio Foundation study, extremists have recently started disseminating propaganda and their ideology on Instagram by linking them to popular hashtags (e.g. sport events, popular world campaigns, innocuous pictures of parties).[xi] Furthermore, they have initiated their own platforms with limited access only for those who share their view. Thus, extremists have been provided with their own targeted field of expression. In addition, the study states that involved persons have been encouraged and motivated to perceive themselves and act upon as long аwaited ‘savers’ of the ‘Western world’.[xii] On the other hand, extremists and terrorist have been using internet and online space to connect with each other, to inspire one another, to share knowledge and communicate their plans and ideas by motivating themselves to undertake similar actions. It is noteworthy that the computer-enabled communication has been transferred to mainly to mobile-facilitated one. Thus, the relatively easy access to the latter expand the network and possibilities for extremists and terrorists regarding their exchange of information. Some of the well-known ways in which they do it are the encrypted communication channels (e.g., apps such as Telegram, Signal, TrueCrypt) to conceal their communication and planning of atrocities.

The well-known Surface Web has recently become riskier for terrorists and extremists as their activities are easily monitored, tracked and discovered. So, terrorists and extremists has started switching to the Dark Web. The main reason is the increased monitoring of the Surface Web by social media companies and authorities. It has forced them to move to the Dark Web in a quick manner to keep carrying out their activities (disseminate propaganda, plan attacks, recruit persons and fundraise), undisturbed while protect the identities of their supporters. Another one is the anonymity of available online forums, which facilitates the need of hidden communication. The use of the Dark Web also makes it more difficult for detection/tracking by law enforcement authorities.[xiii] It has been presumed that terrorists have been using secret networks to coordinate their attacks for a long a time. However, the first proves have been obtained in 2013 by US National Security Agency.[xiv] Another way they exploit the Dark web is by whipping up interested sympathisers from the Surface web into the Darknet in order to recruit and indoctrinate new supporters. Terrorists and extremists also create repositories with propaganda (where content is better protected and more difficult to be removed) to avoid deletion from security services or tech companies and removing it as potential evidence for use by law enforcement. Moreover, they have started using cryptocurrencies to fundraise their activities and make transactions/transfers for illegal trade, extortion and/or money laundering by making the most of their anonymity feature.[xv]

What can be done?

Internet and all the benefits it brings play a significant role in today’s radicalisation process as well as terrorists activities by accelerating them. Terrorists have been using the Dark Web in a sophisticated manner, which raise serious challenges for governments and authorities. Some governments have already invested time, efforts, and resources in combatting online extremism. However, more actions are needed with respect to the Dark Web as it is a relatively unknown space, not regulated, anonymous, decentralised and thus, challenging to monitor on a regular basis. For instance, novel methods and measures to identify, track, analyse and prevent terrorist activities in the Dark Web are necessary along with building up the intelligence gathering with regard to it.[xvi] It is important that once content is taken down it is not lost, rather archived and used to enhance law enforcement’s understanding of extremists’ patterns of behaviour online. In addition, a sustainable, trustworthy, and solid partnership between law enforcement authorities and the private sector should be established and maintained in order to fight terrorism in the unknown online space of the Dark Web. This will be beneficial for all stakeholders as LEAs will be provided with the last available IT tools and services to combat extremists’ activities, while private companies will be recognised and well-position while exercising their social responsibility in an effective and practical way.

[iv] Grannan, C., What’s the Difference Between the Deep Web and the Dark Web?, available at: <https://www.britannica.com/story/whats-the-difference-between-the-deep-web-and-the-dark-web>, last accessed 23/12/2020.

[xiv] The Institute for National Security Studies (INSS), 2013. “Backdoor Plots: The Darknet as a Field for Terrorism”, September 10, 2013, available at: < https://www.inss.org.il/publication/backdoor-plots-the-darknet-as-a-field-for-terrorism/>, last accessed 22/12/2020.