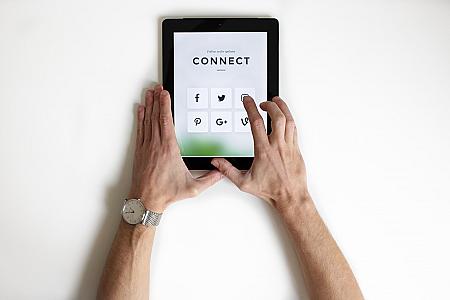 (How to overcome the digital addiction?)

Affected by my professional development in the field of technologies and artificial intelligence[1], as well as by the blockbuster documentary movie for 2020 “The Social Dilemma”, I would like to devote this article to one growing global initiative – the Humane Technology Movement[3]. It aims at bringing technologies in line with human needs, instead of using human vulnerability for profit, as the profit model prescribes. The humane technology is designed to be socially responsible by providing benefits to consumers and society without causing the often-observed negative effects like information overload, as well as encouragement of discord, extremism and misinformation.

In previous articles we have focused our attention on the significant role of the teacher in forming the values and character of students. However, the social networks also play an important part. It cannot be denied that whole generations of students and adolescents experience their world, life and emotions through the filters of their social profile. They are not as much excited about school grades, as they are about the system generating “likes”[4]. Thus, whole generations remain unprepared for the real life where there are no “likes” and filters, but real problems instead, for the tackling of which students – future adults, are not ready.

Currently, the information flow is in volumes unknown throughout human history. Each online activity is monitored and registered as a consequence of which the consumer is turned into a product. Every second there are models built, based on algorithms that predict our actions and convert communication into a culture of dependence and manipulation. Under the tremendous pressure to give priority to the organizational growth, technology platforms have competed and continue to compete for human attention, unleashing invisible harm to society and young people, in particular[5]. The Humane Technology Movement strives for changing the way the technology industry works and thus influencing the business, education and existence, moving away from the so-called “attention economy”, which is based on financial income from technologies that overload and exploit consumers’ attention.

As social beings, all of us – both adults and young, have a need for social cohesion, approval and a sense of importance within the group or groups to which we belong. Yet, even though in real life our group may count less than one hundred (100) direct contacts, in social networks these contacts could be ten thousand (10 000). This article does not aim at denying the development of technologies and the usage of social networks, but at beginning to raise awareness of the existence of a problem that cannot even be precisely formulated. In the digital space our students, and we ourselves, have at our disposal one digital pacifier, which is available at any time to create illusionary comfort and social affirmation – no matter if it is deserved or not. When we feel uncomfortable or lonely, when we are insecure or scared, when we are stressed or need a little liking, we resort to the places where it is the easiest to get “likes”, namely the social networks. The receiving of “likes” is a psychological form of feeding one’s ego, as well as a necessity for somebody else’s approval and affirmation. This, to certain extent, makes a person incapable of acting in accordance with their own values, but dependent on the values, ego and support of others, instead, as criteria for what is right. The maturing and ongoing personality development of the teenager fails to create a unique version of themselves, being subject to the expectations of the social networks profile(s). This vicious cycle becomes a yet more serious form of control over the individual that outstrips even religion.

Everyone can recall a picture of a group of young people staring at their mobile devices and experiencing interaction via “chats”[6], “likes” and “emoticons”[7] rather than through live communication, side by side, tête-à-tête. Whether this would turn into the predominant way of communication for the present and future generations, will be the subject of further research. But the purpose of this article is to attract the attention of lecturers and present the unnamed problem – the unrealistic existence of young people in the unreal digital environment of the social networks.

In a study (“Being Young in Europe Today – Digital World”), published by the European Commission in July 2020, it has been noted that while the Internet indeed provides a place for young people to share experience and exchange their views, there are still significant risks.

The unrestricted exposure to the impact of digital technologies could have serious long-term consequences for children’s development, causing permanent changes in the brain structure that affect the way children would think, feel and act throughout their lives.[8]

Some of the concerns for the safety of children and young people, and their behaviour when using the Internet, are related to increasing solitude and growing loneliness, since in most cases adolescents isolate themselves in order to be online, undisturbed by the offline world. Additionally, some children and youth can violate their privacy online or be exposed to potentially harmful content that may lead to addiction, anxiety or aggression.[9] Children under the age of fourteen (14) spend nearly two (2) hours more time on technological devices (three (3) hours and eighteen (18) minutes a day) than in a conversation with their families (one (1) hour and forty-three (43) minutes a day).[10] This in itself is a prerequisite for danger, emotional and social isolation and distance.

The mass penetration of technologies in everyone’s daily life has also led to changes in communication culture and manners – 82% of the born millennials[12] consider it acceptable to read texts and e-mails during social events (lunches or dinners with family or friends), while 75% reckon that the sending of text messages and e-mails in the course of the event is something normal.[13]

In 2019 a large proportion of the young people in the European Union Member States (EU-27) used the Internet for numerous activities, which takes up an increasing part of their daily routine. The most common online social activities among youngsters were sending and receiving e-mails (88%), watching TV shows or videos on the Internet (85% according to data for 2018), as well as participation on social networks like Facebook, Twitter or Instagram (84%).

Additionally, there are other risks presented in the figure below:

Fig. 1 Risks of excessive use of technologies and social networks

The technology focused on the individual designs technological decisions which place concern and compassion for humanity at the heart of the solution. In addition to mitigating problems caused or exacerbated by social media, the Humane Technology Movement also seeks to improve the quality of the content that people encounter in order to control the spread of misinformation, hate speech and propaganda, and to reduce their impact on people and society. Fake news, for instance, spreads six (6) times faster than real news. According to scientific research, this is because fake news tends to attract attention much more intensely, as well as to provoke greater emotional engagement.

In a study called “Multitasking on a Single Device: Arousal and the Frequency, Anticipation, and Prediction of Switching between Media Content on a Computer”, the authors tracked computer multitasking during one (1) day. The research showed that 75% of screen content was viewed for less than one (1) minute, while most people switched between different content in every nineteen (19) seconds. Biological analysis reveals that participants experience neurological arousal when they switch between content, which explains why we feel tempted to continue switching. This further underscores the way human biology makes us highly vulnerable to manipulation by attention economies.[14]

In a world in which applications constantly compete for human attention, the individual’s consciousness is under attack. To be conscious means feeling in a calm and balanced way what is happening in our mind, body and around us. It allows us to act according to our intentions, as well as to avoid a life that turns into a series of automated actions and reactions, often based on fear, temporary interest and lack of thinking. Just like any other quality, the skill of being aware could be developed and brought up in the individual. Teacher’s role is to support the development and upbringing of students, as well as their transformation into conscious individuals who are able to make choices, rather than into robotic people acting on autopilot.

In a series of studies researchers found out that when pairs of strangers were asked to have meaningful conversations, their ability to connect emotionally was significantly reduced if there was a mobile phone around them. The sole visible presence of a cell phone could disrupt the bond between two people, leading to a lowered sense of empathy, trust and closeness.[15]

The possibility to decide upon sound or silent notification when receiving certain messages is a good example for a conscious choice of technology-related settings. Most people prefer the presumed functions and ignore the option for a personal conscious choice that could change the overall attitude and impact of technologies on the single person.

In conclusion, teachers and trainers bear not only the educational responsibility, but also the responsibility for building the values of future generations. The change will not occur through imposing a ban on technologies and everything related to them, but instead through promoting a dialogue and setting a personal example, leading to awareness and increased attention to the existence of such a problem. If we could at least draw students’ attention to the fact that the more a particular social network is used, the more its algorithms feed on information (which results in manipulation and a cascade of social, emotional and mental risks), then we have succeeded. If we manage to pay attention to the “live life”, which is much more valuable and exciting than the online experiences, as well as to the essentiality of face-to-face communication with sincere interest, we will have taken a small step towards the process of awareness.

The following seven (7) steps could help lecturers and students cope with excess of information, brain overload and the risk of identity loss:

1.To exclude message notifications from applications that distract us.

2.To delete toxic applications, which are of no use, but mainly distract us and “eat” our time.

3.To use applications that help us concentrate, sleep, monitor the time spent in front of the screen, as well as meditate and rest.

4.To set limits and restrictions for the use of applications and devices on our own.

6.To use technologies consciously, educationally and on purpose.

7.To enjoy full and conscious time outside technologies and networks.

[1] In the summer of 2020, the author completed successfully Executive Program for Artificial Intelligence: Implications for Business Strategy, in Massachusetts Institute of Technology (MIT), the USA

[6] Used in the meaning of communication through mobile applications such as Viber, WhatsApp, Messenger, etc.