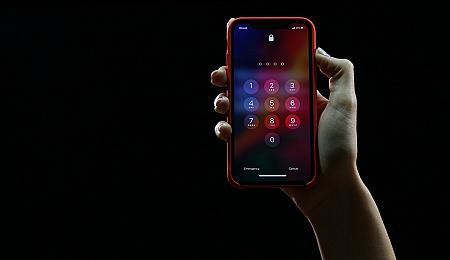 In the Criminal proceedings, the attainment of the objective truth is linked to going through a complex process of providing and clarifying the factual circumstances of the committed act. When the process of presentation of the evidence is being conducted, the authorities of the pre-trial proceedings should carry it out in accordance with the regulations of the Bulgarian Criminal Procedure Code and to simultaneously respect the procedural rights of the accused persons. This publication examines the nature of mobile devices in the criminal proceedings, the order in which they are seized, including the request by pre-trial authorities to access the data from them and what are the rights of the investigating authorities and accused persons in these situations.

Bulgarian Criminal Procedure Code (BCPC) in article 104 defines evidence as facts of the objective reality. In relation to the accepted legal definition the doctrine has adopted several general provisions on the facts which will serve as evidence. They must be individualised in time and space as they could be objects, papers, documents, acts and omissions, a state of the human psyche or inner peace, whether past, permanent, temporary, or newly created. In order to be taken into account the revealing of the objective truth, they should be incorporated in the case or reproduced in the manner provided by the law if their size and nature does not permit. v The evidence should be distinguished from the means of proof as Art. 105 of the BCPC envisages that the means of proof are used to reproduce evidence or other means of proof in criminal proceedings. Although they are provided in the BCPC together with the procedure for their preparation, there are means of proof which preparations procedure is not provided in the procedural law. In the light of this publication, the usage of mobile devices could be addressed in two directions. First, and in the view of Art. 109 BCPC, mobile devices may be seized and reproduced in the criminal proceedings as physical evidences. This is the hypothesis in which traces of the committed crime are found on the mobile devices. The procedure for their seizure and inclusion in the evidence material for the case is expressly regulated in the BCPC. Any violation of the envisaged procedure constitutes a substantial procedural violation on the basis of Art. 348, para 3 point 1 BCPC (limitation of the procedural rights of the parties) and the seized mobile devices should be executed from the evidence material.

In this relation, the case law of the European Court of Human Rights (ECtHR) (see Gäfgen v. Germany from the case law of the ECtHR) under Art. 3 of the European Convention for Protection of Human Rights (Prohibition of Torture) stipulates that physical evidence obtained as a result of inhuman or degrading treatment of the accused may be included in the evidence material when sentencing. The ECtHR states that, despite the violation of the rights of the detained person, he/she should receive compensation, the right to fair trial under Art. 6 of the Convention has not been infringed, using the balance of interests as a main argument. There is usually competition between interests in criminal proceedings, for example between the need to safeguard public order and the right of the accused/defendant. In the view of the assessment carried out by the national courts, the balance may tilt to the public interests if it is established that rights of the accused/defendant should not be considered.

Next, mobile devices should be taken into account as evidence in view of the information that could be derived form them. In the first place, the information withdrawn for the mobile devices could be viewed as written evidence under the meaning of Art. 127 BCPC. The doctrine considers that the means of proof is classified as written when it falls under the definition of a document referred to the Plenum Decree of the Supreme Court (PDSC) 3 of 1982. The Plenum decree defines the document as “a specific written statement containing facts, circumstances or statements about the existence of facts and circumstances of legal importance”. It is important to point out that Art. 127, para 1 BCPC contains a non-exhaustive list of written evidence, stating that these may be protocols of investigative work, judicial investigative and other procedural means, minutes of the preparation of evidence and other documents. On the basis of this fact and the wide definition of a document in PDSC 3/82,it may be assumed that electronic documents within the meaning of Art. 3, para. 1of the Electronic Document and Electronic Certification Act(EDESА) and Art. 3, para 35 of Regulation (EU) No 910/2014, which can be extracted from mobile devices also fall into the category of documentary evidence. It should be pointed out that the definition set out in the Regulation covers not only the standard understanding of an electronic document, according to which information with written signs is affixed on a magnetic or other carrier, which can be reproduced, but also covers photographs and video/sound recordings.

If a video/sound recording of a person with certain role in the criminal process, reproducing facts and information of meanings to reveal the objective truth, is found on the mobile device, the information in question cannot be regarded as a voice evidence. First, it cannot be classified as an explanation of the accused because it does not meet the requirements laid down in Article 115, para. 1 BCPC – namely, the explanations must be given orally and directly to the authority concerned. Next, this information may not be qualified as witness statements within the meaning of Art. 117 BCPC, due to the provision of Art. 105, para. 2 vi The BCPC and the fact that the testimony has not been collected pursuant to Art. 139 BCPC, by means of the method provided for thereon when questioning a witness.

The case law of the Bulgarian Court of Criminal Affairs has accepted that any private video/sound recordings produced in violation of the BCPC and the Special Intelligence Equipment Act (SIEA) constitutes an unfit mean of proof and should be excluded from the evidence in the case at the time of the verdict. Moreover, these video/sound recordings constitute a violation of the provisions of Art. 32, para. 2 of the Constitution of the Republic of Bulgaria (CRB), a rule prohibiting a person from being photographed or recorded in any way without his/her knowledge. There is case-law of the Supreme Court of Cassation (SCC), according to which the private video/sound recording can be used as evidence, assessing the extent to which the foreign personal sphere was violated, by whom the violation was committed - a public authority or a private person, whether the violation affected the credibility of the evidence, etc. This is a decision in the right direction and in line with the practice of the ECtHR under Art. 8 of the European Convention for the Protection of Human Rights (see Schenk v. Switzerland from the case-law of the ECtHR).It is always for the court to assess the extent to which the privacy and family life of the person subject to the video/sound recording is affected before rejecting the evidence. Especially when it comes to serious crimes, the balance of interests should tilt towards the detection of the crime and not on the protection of privacy. The law under Art. 8 of the ECHR is protected by the provisions of the BCPC (Art. 263 and etc.) governing the handling of cases behind closed doors in order to protect the privacy and intimate life of the parties. In this respect, if it has to be classified private video/sound recordings derived from mobile devices, they should be defined as non-procedural statements. Taking into account, the procedural quality of the person making those statements, private video/sound recordings may be classified as a confession for the committed crime. However, it may not serve as a basis for initiating pre-trial proceedings within the meaning of Art. 208, para. 1, point 3 BCPC. This provision requires a personal appearance of the convicted before the pre-trial authorities. This mandatory requirement relates to the need to document the recognition made to the pre-trial authority in a protocol signed by both the applicant and the authority. Regarding the out-of-procedure statement in question, an inspection should be appointed under the Law on the Judiciary and, if sufficient evidence of the crime committed is established, pre-litigation should be initiated.

Attention should be paid to the procedure for seizing the mobile devices themselves and extracting the information contained there in order to use it as evidence in the criminal process. The Bulgarian legislation governs in Art. 163 of the BCPC under which search, and seizure is carried out. The provision provides that the authority carrying out the search and seizure shall grant authorisation for the procedural acts themselves before they are carried out. Paragraph 2 of that provision provides that, even before it transgresses to the search and seizure itself, the authority concerned must ask the owner/holder to be indicated to them where they are or to make available to them the mobile devices subject to the procedural action. It is important to point out that the person against which the procedural acts are carried out is not obliged to cooperate with the investigating authorities without any negative legal consequences for him. This privilege is analogous to the privilege of the accused/defendant not to testify against himself, from which no negative consequences for him or her arise. The two privileges should not extend to the use in criminal proceedings of material obtained by the accused through coercion investigative measures which exist independently of the will of the accused (see Saunders v. the United Kingdom and O'Halloran and Francis v. the United Kingdom from the case-law of the ECtHR).

In conclusion, it should be pointed out that the legal framework governing the status of mobile or any other electronic devices of quality as evidence in the criminal process is poorly regulated in Bulgaria. It is necessary to take into account the practice of the pre-trial authorities and that of the court in order to align the understanding of the nature of mobile devices in Bulgarian evidence law. Also, legislative changes should be introduced in the BCPC, which specifically regulate the seizure and retrieval of information from mobile devices, as well as the rights of persons who own the devices and accused persons, in order to ensure full compliance with European human rights legislation.