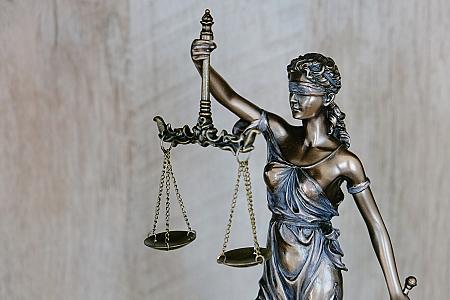 A glance at the amendments proposed with Law amending and supplementing №054-01-111/04.12.2020 changes in the Child Protection Act in the light of the European standards in the field

This article will attempt to address some of the important legislative changes prosed with Law amending and supplementing (LAS) the Child Protection Act (CPA). The author does not claim to be exhaustive in examining the following questions, leaving himself the right to further examine the issues in other materials.

First of all, it should be pointed out that the proposed amendments were made without prior public discussion and consultation with relevant stakeholders (including the State Agency for Child Protection, the Ministry of Justice as well as a number of citizens and NGOs whose work is directly related to the protection of children and their rights and interests). Moreover, the proposed legislative changes have been prepared without conducting a comprehensive impact assessment, as the proposed as such in the draft law is short, formalistic and does not analyse the possible consequences that might occur due to the adoption of the draft law as it is. It should be noted that such approach is not only contrary to the provisions of the Law on Normative Acts, but also does not correspond to the good legislative technique, especially given the seriousness of the proposed amendments. The following article will address only some issues about individual proposals, however not all proposals in the LAS will be discussed.

1. In the LAS, two of the amendments make great impression – proposed changes in the legal terms “best interests of the child” and “child at risk”. Although the Convention on the Rights of the Child (CRC) does not provide a specific definition on the term “best interests of the child”, the latter is enshrined in § 1, para. 5 of the Additional provisions of the CPA being described as “successful and consistent with the spirit of the Convention”. On the other hand, the proposed amendment of the principle of “ensuring the best interests of the child”, regulated in Art. 3, para. 3 of the CPA, with “ensuring the rights and legitimate interests of the child, his/her biological parents, guardians, custodians and legal representatives in compliance with the morals, traditions and the good manners in the State” absolutely contradicts with the legislation in force and the judicial rationale. The introduction of vague categories such as “morals, traditions and good manners in the State” into the legislation aimed at protecting children’s rights and interests in the best way possible appears incompatible with the high national and European standards in the field of child protection. Moreover, the implementation of such subjective categories is capable to jeopardize the legal certainty and to create contradictions in the jurisprudence. Last but not least, there are certain dangers, such as the change of the term “child at risk” and the abolition of special protection of children at risk proposed in § 4 of the LAS. The proposal to abolish this protection appears to be not only legally unjustified, but also in direct contradiction with Art. 20 of the CRC, which explicitly enshrines such “special protection and assistance to be provided by the State” in cases where there is a child at risk. Furthermore, the proposed change of the term “child at risk” does not correspond to the international standards in the field of child protection – no provision which states that the child as risk is that child “who is victim of …inhuman treatment associated with physical aggression, taking into account the needs of his/her age” should be adopted. Adopting this provision would constitute the promotion of physical aggression towards children of a certain age group if they “need it” according to their legal representatives. This understanding clearly cannot be accepted, and the proposed amendment should therefore be reconsidered and rejected.

2. Secondly, the changes under consideration try to artificially introduce legal terms that are unknown to the Bulgarian legislation in force, such as “biological parents” and “biological family”. The proposed amendments do not take into account the terminology used by the national legislation, appearing to be in direct contradiction with the provisions of the Constitution of Republic of Bulgaria and the Family Code. Thus, Art. 47, para. 1 of the Constitution refers only to the “parents” who have the obligation to raise their children until the age of their maturity. The Family Code gives a primate to the legal relationship between a parent and a child and not to the biological one, which means that adopting such an approach would undermine the rights of the adoptive parents. At the same time, § 1, para. 7 of the CPA gives a legal definition of the term “family environment”, in which the family of adoptive parents are also included as entities that have an obligation to educate and raise their children. Because of the aforementioned, the acceptance of those terms into the legislation in force appears to be not only pointless, but also discriminatory with respect to the adoptive parents and persons who have an established legal relation with the child, although there is no biological one (e.g. in case of a parent who has “recognised” his child with whom he has not biological link). In addition to these amendments, the rights of the adoptive parents would be greatly undermined by one of the proposed changes, namely “to be proceeded to adoption only after all other protection measures under the Child Protection Act have been exhausted”. It should be pointed out that the institute of adoption is regulated in the Family Code, where significant guarantees are provided for its lawfulness, including a preliminary sanction of a competent court. Thus, such a restriction on the adoption as a protection measure cannot be accepted, since it would mean that a child cannot be adopted, even though it is undisputed that the adoption is in compliance with his/her best interests solely because, for one reason or another, not all protection measures have been exhausted. This contradicts to the principle of the “best interests of the child” as well as to the obligation of the State to provide special protection to children at risk, so that the proposed amendment should not be adopted.

3. Finally, attention needs to be paid to one of the proposed amendments attempting to change the order for notifying in case that a child needs protection. Art, para. 1 CPA enshrines an obligation for persons who become aware that a child needs protection to immediately notify the Social Assistance Directorate, the State Agency for Child Protection or the Ministry of Interior. With the proposed by § 5 amendment in Art. 7 it is provided that the notifying has to be accompanied by a written declaration signed by the person for the authenticity of the facts and the circumstance specified by him and with respect to the liability under Art. 313 of the Bulgarian Criminal Code. Unfortunately, it should be noted that the adoption of proposed amendment would potentially lead to a negative effect in the field of child protection as it would potentially lead to a reduction of the signals due to the more complicated form of reporting. However, the question of how this requirement will be met when an oral notification is issued remains open as this option is not removed from the amendment. It should be taken into account that many signals are made orally through the National Children’s Helpline 116 111 or through 112, so the implementation of an obligation for provision of a written declaration is idle and even pointless. Moreover, the adoption of this obligation is in contradiction with the high standards of child protection enshrined in the national legislation such as Art. 7, para. 2 CPA, which provides that even persons who are bound by professional secrecy in relation to their profession or activity are required to notify the competent authorities in cases of child at risk. As a result of the above, the proposed amendment should not be adopted as the latter would make the reporting of such cases excessively difficult.

In conclusion, the amendments proposed in the Child Protection Act with Law amending and supplementing №054-01-111/04.12.2020 should be reconsidered and rejected, including many amendments not addressed in the current article. Some other amendments that should not be adopted are, for example: the abolition of social voluntary work, the possibility of suspending or revocation of a license of NGOs – social service providers, changing the procedural rules in relation to the procedure for returning a child etc. It is no coincidence that numerous negative statements have been submitted against these amendments, including statements from the State Agency for Child Protection, the Ministry of Justice, the National Network for Children, UNICEF, the Ombudsman of the Bulgarian Republic, as well as a significant number of other organisations, the work of which is directly related to the protection of children’s rights and interests. Unfortunately, it is necessary to emphasize that the proposed amendments do not comply with both the national legislation in force and the European and International legal frameworks in the field of child protection, lowering the standards reached and weakening the envisaged child protection measures. Therefore, these amendments should be rejected in its entirety. Moreover, it is advisable that a subsequent legislative proposal in the field to be based on the principle of “the best interests of the child” raising the existing standards and not to be based on populist perceptions, since the contrary would jeopardize not only children’s rights and interests, but also the legal certainty, in general.

The article is developed under the umbrella E-PROTECT II project. This project is funded by the European Commission’s Justice Programme (2014-2020) under Grant Agreement № 878593. The content of this publication represents the views of the author only and is his/her sole responsibility. The European Commission does not accept any responsibility for use that may be made of the information it contains.