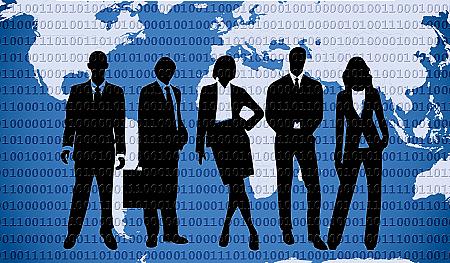 Effective and meaningful communication is vital to lawyers. It is important that messages are conveyed in the most effective way possible, in a timely manner, and having verbal and non-verbal signals aligned. Effective communication is crucial when lawyers are participating in a request for proposal, networking with prospects or partners, communicating with staff, associates, other lawyers, and vendors, or having a one-on-one sit-down with an existing or a potential client.[i]

Professor Albert Mehrabian is most well-known for his publications on the relative importance of verbal and nonverbal messages, resulting from a study he conducted in 1967. In this study, still recognized as valid by many researchers in the field, Mehrabian comes to two main conclusions:

1. There are basically three elements in any face-to-face communication – words, tone of voice and non-verbal behavior;

Among the rapid methods which could be helpful in improving verbal competencies, non-verbal communication and the understanding of tonality, are neuro-linguistic programming (NLP) techniques and coaching tools. Captivating some techniques for direct use, and others – from the relationship building between the coach and the client, or between the NLP expert and the client, could bring many benefits to the soft skills development of lawyers.

According to the NLP understanding, everyone has a model for perception of the world based on their values, beliefs, behavior, experience, etc. This is an individual model which differs from the others in certain aspects, or completely. Indeed, NLP explores the links between the way the physiology and the brain work (neuro), how the words are used (linguistic), and the accepted patterns of behavior (programming). In other words, it is a set of models that make up the approach to success that can be applied in every sphere of reality and most important – in business.[ii] For the purpose of this article, we will further discuss the benefits of NLP in the context of the law practice.

Neuro-linguistic Programming (NLP) is based on a methodology called modelling. Modelling means to detect and describe the basic elements and processes through which people do something. The process begins with the identification and study of a human model. This is an individual who does something in a particular, usually highly skilled manner. This is a very good method for the study of people and how they do things. For example, if a lawyer wants to know how to be very successful in networking, he has to find a proven expert who knows how to do networking extremely well. Then he asks a lot of questions about what the networker does, what is he doing that works and what does not, etc. At the same time as the object of modelling is observed, this often leads to new and more relevant questions to be asked in the process of operation. The addition of NLP techniques makes it possible to determine much of what makes this human model an expert as he/she is not even aware of that.

Each person uses the sensory organs to perceive the outside world, to study and to witness its transformation: to see pictures - visual, to hear sounds - auditory, to have feelings - kinesthetic, to talk to himself – auditory digital, to smell or to taste. Eyes, mouth, nose, ears, skin are the only point of contact with reality. The world offers an infinite variety of sensory events, but observers can see only a small part of this diversity. And the part that is seen is filtered by a unique experience, culture, language, beliefs, values, and assumptions of each individual person. Everyone lives in a unique reality based on individual experience and acts accordingly, relying on this reality, and their own model of the world described previously.

In business and corporate law environment, communication occurs at all levels and one should develop knowledge and understanding of peoples’ representative systems. Whether there is a strongly visual person to communicate with, or one who is primarily auditory, effective communication skills require adaptation and “shifting” to the language and perceptual preferences of the other. In using the representative system technique for successful communication, lawyers should neglect their own preferred representation and should act as chameleons, thus adapting to the other person’s style and reaching rapport much faster than waiting for a natural liking to occur.

Coaching is a developmental ongoing interaction between two people - the coach and the client. Coaches assist their clients in developing their capabilities, achieving their goals and objectives and producing successful results.

Rapport is a natural human process in which the participants in the communication learn what is the difference that makes the difference, so it can be used effectively and consciously. Rapport is the ability to relate to others in a way that creates a climate of trust and understanding. The basis of rapport is that when people are like each other, they like each other. Rapport is the process of responsiveness, not necessarily “liking”. In the context of law practice, it is important to point out that rapport can be useful in face-to-face meetings or in digital interactions, as long as the participants have a visual connection.

Successful communicators create rapport, rapport creates trust, and trust is essential in the law practice. By matching and mirroring body language and tonality, lawyers can gain rapport very quickly. Matching eye contact is an obvious rapport skill and usually the only one that is consciously taught in English culture. To create rapport, communicators can attempt to match each other’s body language, sensitively and with mutual respect. This helps to build a “bridge” between their models of the world and assist them into uniting their background and overcoming the barriers. It should be noted, however, that matching does not constitute an obvious and exaggerated mimicry of copying the other person’s movements.

Sensory awareness helps to establish rapport and to determine the response of the other person we communicate with. When communicators are more sensory aware, they are able to notice when something is not working in the process of communication and to change the direction to reach the desired outcome. By learning to gather information through the senses, lawyers will be able to take note of information during communication of which they were previously unaware. By using sensory specific language, based on observations of change, can prevent the practice of mind reading and guessing about the other person’s behavior [iii]

This article aimed to present useful, affordable and time-sensitive techniques and tools for better communication because the most important skill for a lawyer to develop is effective communication. From the initial job interview to the courtroom or conference room, almost everything a lawyer does involves some form of communication. To communicate effectively and to create a positive impression on listeners, whether they are partners, judges, clients, opposing party, or assistants, leaving them with a clear understanding, conveying a clear message and getting the expected feedback, sum up for networking effectiveness, a significant competitive advantage and create a positive and professional image.