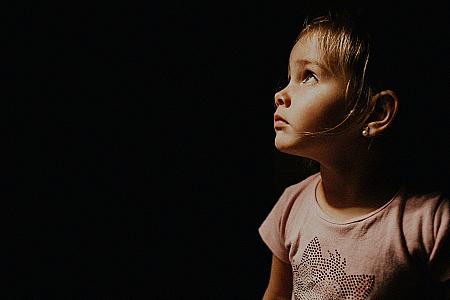 The interplay between international private law in the field of parental child abduction and international asylum law has not been discussed in depth in contemporary legal research. Both regimes seemingly differ in scope, but after a thorough analysis there are many instances of interaction.

International child abduction concerns the wrongful removal or retention of a child from their country of habitual residence in breach of another parent’s custodial rights.Some of the main legal instruments that oversee the questions of international child abduction are the 1980 Hague Convention on the Civil Aspects of International Child Abduction[1](“The 1980 Hague Convention”) and under EU law Regulation (EC) No 2201/2003 on jurisdiction and the recognition and enforcement of judgments in matrimonial matters and the matters of parental responsibility [3] (“Brussels IIa”) as well as domestic law created in accordance with countries' international obligations.

International refugee law concerns the protection of individuals fleeing prosecution in their countries. The most notable legal act on this issue is the 1951 Convention Relating to the Status of Refugees[4](“The Refugee convention”) along with its 1967 Optional Protocol relating to the Status of Refugees [5]. Acts under EU law include Regulation (EU) No 604/2013 establishing the criteria and mechanisms for determining the Member State responsible for examining an application for international protection lodged in one of the Member States by a third-country national or a stateless person[6] (“Dublin III”), Directive 2013/32/EU on common procedures for granting and withdrawing international protection[7], Directive 2011/95/EU on standards for the qualification of third-country nationals or stateless persons as beneficiaries of international protection, for a uniform status for refugees or for persons eligible for subsidiary protection, and for the content of the protection granted (recast)[8](“Qualifying directive”), among others. There are also a multitude of domestic legislative acts in this sphere.

These legal mechanisms, while not explicitly linked, inevitably intertwin in practice. Often this happens in circumstances along these lines: a mother that suffers domestic violence flees her home country with her child. She settles in another state and applies for refugee status based on prosecution under the Refugee convention[9]. While her status is pending or even after she has been granted refugee status, the father seeks the return of his child under the 1980 Hague Convention. What is the adequate legal remedy? Should the child be returned to the father if he does not pose a direct threat to it? Should the granting of refugee status show a grave threat that would not allow such a return? What course of action should be taken if the asylum proceeding is pending?

Firstly, an interesting discussion arises with regard to any claims filed under the Hague convention during the time her asylum application is pending. In Canada and the USA there have been a number of instances where fathers have successfully persuaded courts into issuing a return order for their children before their asylum proceedings have been finalized.[10] This is extremely problematic, since it is in conflict with the principle of non-refoulement.[11] The principle of non-refoulement prohibits states from returning individuals to countries where they face “irreparable harm upon return, including persecution, torture, ill-treatment or other serious human rights violations”[12] Returning a child to a foreign country where it may be at risk or even more directly into the hands of an abuser is unacceptable. It would be in conflict with the rights of the child and would also be in conflict with the 1980 Hague Convention .[13]

In the case on M.A.A v D.E.M.E (ONCA) on July 29, 2020 the Ontario Court of Appeal found that family courts cannot issue return orders for children if their applications for asylum are still pending.[14] This is a positive development, and a similar line of reasoning should be used by courts in similar situations. United Nations High Commissioner for Refugees (UNHCR), the Canadian Association of Refugee Lawyers (CARL), and Amnesty International intervened in the case and again raised concerns that there is a grave risk of refoulement if the child is returned before its asylum application is processed.[15]

An interesting question was posed in the case G (A Child: Child Abduction)[16]. There the Court of Appeal of England and Wales recognizes that children who have been granted refugee status or have a pending asylum application cannot be returned. But the court found that while the mother had applied for asylum and wrote her child as her the dependent, that child did not have an independent asylum application, thus a return order could be issued under the 1980 Hague Convention. However, this decision was overturned by the Supreme Court which found that the child should still be protected from refoulement.[17] It argued that since there was enough risk for the parent to apply for asylum, presumably a similar level of risk was also present for the child. The fact that the parent applied for asylum and listed the child as a dependent, instead of pursuing an independent claim for the child, did not have relevance.[18]

Secondly, in cases where children have recognized refugee status, no return orders can be implemented. It has been argued that such action will be in conflict with Article 13(b) of the 1980 Hague Convention.[19] It states that no return orders can bind a state if the return will expose the child to physical or psychological harm and any other intolerable situations. In the case of domestic abuse, returning the child to the abusive parent would in fact lead to such detrimental results. While a successful refugee application should not automatically lead to an evocation of Art. 13(b), since the burden in proof in asylum proceedings is lower than that in proceedings under the 1980 Hague Convention, it should be duly noted by the courts.[20] In most circumstances, the refugee status should preclude any attempts to return it to the country/family that posed a risk to its well-being.

Interestingly, in the USA some courts have recognized the importance of immigration status in regard to Article 12 of the Hague convention on Child abduction.[21] If one year has passed since the wrongful retainment or removal of the child from its habitual residence and it is well-settled in its new country, this can impede the issuing of a return order. This, however, should not be of much importance. The lack or presence of a refugee status should not be a decisive factor that shows whether a child is settled, there are numerous other social, cultural, economic factors that can indicate this.[22]

Lastly, there is a particular case where a child can be moved to another country by one parent. This could be done as an administrative measure under Dublin III and should not be classified as wrongful removal.[23] Dublin III concerns the responsibility of EU states over asylum seekers, most often the country that was first in processing an asylum claim is the one that has responsibility over the asylum seeker. In this sense, if an asylum seeker files an application in Bulgaria and then moves to Italy, Italian authorities are obliged to return that seeker to Bulgaria which has responsibility over the individual’s claim. This is to say if a parent is returned with their child to a country based on the system of Dublin III this cannot cause a claim under the Hague convention on Child abduction.

In conclusion, there are many instances of interplay between international child abduction law and international refugee law. More should be done to ensure that children are protected when they flee dangerous situations of domestic abuse or other threats. It would be counterproductive in such cases to return these children to the initial situation, which poses a threat to them, either because it would return them to an abusive parent or because it would send them to a country where there is violence or other similar dangers. Courts should respect the principle of non-refoulement and use the applicable exceptions under the 1980 Hague Convention, in particular Article 13(b), to ensure the child stays in the receiving country where its needs can be met and it can reside in safety. This should be done both in situations where the child has had its refugee status recognized, as well as during a pending process. Only then would courts adequately ensure they themselves are not endangering children, even if their intention is reuniting them with their other parent.

[3] This regulation has been revisited with Council Regulation (EU) 2019/1111 of 25 June 2019 on jurisdiction, the recognition and enforcement of decisions in matrimonial matters and the matters of parental responsibility, and on international child abduction which will come into force on August 1 2022

[6] Regulation (EU) No 604/2013 of the European Parliament and of the Council of 26 June 2013 establishing the criteria and mechanisms for determining the Member State responsible for examining an application for international protection lodged in one of the Member States by a third-country national or a stateless person, OJ L 180, 29.6.2013, pp. 31–59

[8] Directive 2011/95/EU of the European Parliament and of the Council of 13 December 2011 on standards for the qualification of third-country nationals or stateless persons as beneficiaries of international protection, for a uniform status for refugees or for persons eligible for subsidiary protection, and for the content of the protection granted (recast), OJ L 337, 20.12.2011, pp. 9–26

[9] Individuals victims of domestic violence have been recognized as a particular social group that faces prosecution and can be grated refugee status under The Refugee convention in cases such as: Canada - Narvaez v Canada (Minister of Citizenship and Immigration), [1995] 2 FCR 55; USA - Matter of A-R-C-G et al., (“Matter of A-R-C-G“), 26 I&N Dec. 388 (BIA 2014). Gender-based and child-based violence has also been recognized as grounds for refugee status under Article 9(f) of the Qualifying directive.

[10] For example this can be seen in cases such as: GB v VM, 2012 ONCJ 745 [GB v VM], Gonzalez v. Gutierrez, 311 F.3d 942, 947 (9th Cir. 2002). These instances are more thoroughly discussed in Norris C., “Immigration and Abduction: The Relevance of U.S. Immigration Status to Defenses Under the Hague Convention on International Child Abduction”, California Law Review, (2010), available at: http://www.californialawreview.org/wp-content/uploads/2014/10/Norris.pdf, last accessed: 8 February 2022 and Hayman, M., "Domestic Violence and International Child Abduction at the Border of Canadian Family and Refugee Law." Journal of Law and Social Policy 29, (2018), 114-132, available at: https://digitalcommons.osgoode.yorku.ca/jlsp/vol29/iss1/, last accessed 8 February 2022

[12] UN, Office of High Commissioner for Human Rights, The principle of non-refoulement under international human rights law, available at:

[14] M.A.A. v. D.E.M.E., 2020 ONCA 486, Canada: Court of Appeal for Ontario, 29 July 2020. For a more detailed analysis: Smith B., Migrant Law group, “Can a child seeking refugee protection be forced to return from Canada to their other parent?”, available at: https://www.migrationlawgroup.com/post/can-a-child-seeking-refugee-protection-be-forced-to-return-from-canada-to-their-other-parent, last accessed 8 February 2022