Between 7 October and 6 November were held the other three trainings of the trainers. In particular, the project partners conducted two trainings in Athens and one in Chania, Crete.

During the first day of each event, the social scientists are getting to know the needs of fathers prisoners, as they are being described by the research results and the best practices from similar interventions all over the world, presented by KEMEA. During the second day, in the first part, EETAA presents the methodology of Transformative Learning and how it can be applied in the framework of prison. After that, the participants take part in an experiential workshop, which lasts for 7 hours, separated in two days, during which a shortened simulation of the School of Parents is being realized under the guidance of EETAA. At the end, a discussion with all the participants takes place, including the evaluation of the Training and the future steps of the project.

The project is implemented with the support of the Erasmus+ Programme of the European Commission under Grant Agreement 621410-EPP-1-2020-1-EL-EPPKA3-IPI-SOC-IN. 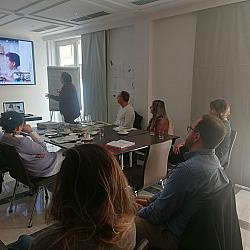 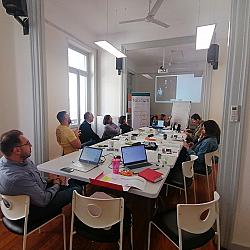 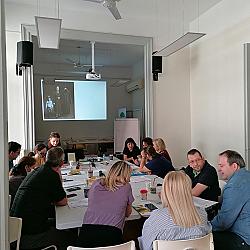