The Final Conference of the FAIR project named "Digitalisation and procedural rights" was held on the 17th and the 18th of November as an online event.

The first day featured a keynote address by guest speaker Jago Russell, Chief Executive of Fair Trials on the topic of procedural rights in Europe and the threats posed by COVID-19 and member states’ responses to the pandemic to said rights. The address featured insights generated by the COVID-19 Justice Project and focused mainly on two issues. The first issue was the access to lawyers. Since the Salduz v. Turkey consideration the right to a fair trial and access to a lawyer has been increasingly enshrined in the EU, recent case law aside. With the rise of stricter precautionary measures due to the health hazard posed by SARS-CoV 2, the access to a lawyer is becoming more challenging. For one, lawyers, understandably so, are more reluctant to visit clients in police stations. Furthermore, strict precautionary measures serve to further hinder lawyers and clients meeting. This could have long lasting impacts, as courts will have to decide upon the admissibility of evidence collected under these circumstances – evidence that will more commonly collected without the presence of a lawyer. This could water down pre-COVID requirements. Additionally, the digital revolution could incentivize the “check-boxing” of lawyer presence, without ensuring that said presence is truly conducive to a fair trial. Lastly, the economic impact of the pandemic might drain financial resources from the legal system, contributing to the existing funding-problems. The second issue raised was the use of pre-trial detention. Over-crowded prisons have been problematic prior to COVID-19 but have since become virus-hotspots, putting the lives of those incarcerated at risk. While this has motivated some countries to release some prisoners, this has seldomly been the case for suspected and accused persons in pre-trial detention. Instead, trial dates have been delayed, increasing wait times in detention. With the situation of worsening, Corona could serve as a possibility to rethink pre-trial detention.

Following the keynote, panel presentations on the topic of the transposition of the Stockholm programme in Austria, Bulgaria, Greece and Hungary took place. Each countries’ transposition was reported on by a FAIR consortium member, namely Aram Bajalan, Sofia Spyrea, Denitsa Kozhuharova and Marta Kubicza. Sofia Spyrea highlighted the issues for the Greek transpositions; specifically, the circumvention of the presumption of innocence by judges, the absence of quality control for interpretation and translation and a lack of interpretation and translation for certain rare languages and dialects, the inadequate handling of children suspected and accused of crime, issues with regards to informing third persons, and difficulties in communicating with lawyers privately. It was noted that the transposition of the Stockholm Programme had not been completed during the FAIR project’s first year of implementation, as two out of the six directives were not yet implemented (they were transposed during 2020 though). Marta Kubicza gave an overview of the transposition in Hungary, where occasional issues with the presumption of innocence, unnecessary use of physical restraints, lack of audio-visual recording, unreliable quality and coverage of interpretation and translation, high-thresholds to legal aid, untrained personal handling cases involving suspected or accused minors, inexperienced appointed defence attorneys, insufficient information for people suspected or accused of crimes and problems with guaranteeing the right to inform third parties were found. Aram Bajalan focused on the issues with the Austrian transposition with regards to the directive on translation and interpretation in criminal proceedings, listing issues such as the use of uncertified interpreters, inadequate payment of interpreters, lacking coverage of certain languages and undue delay of interpretations during the pre-trial stage. The fourth and last panel presentation was held by Denitsa Kozhuharova on the transposition in Bulgaria, where she outlined challenges in implementing the directives on the rights of suspected and accused minors, in particular excessive detention of minors, the lack of specific training requirements for judges, uneven compliance with the presumption of innocence and a lack of audio-visual recording. Additional practical challenges that have recently developed after the project’s research period were also mentioned. In the last presentation of the first conference day Sofia Spyrea introduced the FAIR project’s Best Practice Handbook.

The second day of the FAIR final conference was kicked off with a keynote address by Ed Cape, Professor at the University of the West of England Bristol, on procedural rights and the right to a fair trial. Starting with a concise historic overview of the development of procedural rights, particularly during the investigative stage, Ed Cape noted how European efforts to implement procedural rights were partially based on the need for European judicial cooperation, which required EU-wide procedural standards. Furthermore, it was noted that early efforts to strengthen procedural rights faced difficulties at first, as the strengthening of procedural rights was not always in line with national governments’ interests, who often followed a “tough on crime” stance. Resistance was alleviated after the Lisbon treaty abolished the requirement of anonymity in legislation on criminal matters and the rethinking of the need for procedural rights to ensure a fair and legitimate trial after der Salduz v. Turkey decision. The speaker concluded by pointing out that the resulting action plan on the implementation of procedural standards, while quite an achievement, required nonetheless more work, as these legal standards have to be put into practice in all member states. Challenges arise not only from practical, such as ensuring adequate translation and interpretation, easy and immediate communication with a lawyer and access to understandable information; but also, systemic issues, such as conflicting interests on part of police and prosecutors, the trial focused nature of criminal lawyers and a professional culture that does not adequately value work during the investigative phase.

The next part of the conference included two presentations on the pilot testing of the FAIR application, which has been developed by the FAIR project to help persons suspected or accused of crimes, as well as their relatives, by providing information on their rights. The findings of the Austrian pilot were introduced by Marion Neunkirchner. The testing was done in the Korneuburg prison in cooperation with social workers and was largely successful. Responders, consisting of detainees, who noted the user-friendliness and the usefulness of the app. The results of the Bulgarian pilot test in Burgas were presented by Hristina Bogia. It included feedback by detainees and law enforcement experts. While the LEA feedback was mixed, questioned suspected or accused persons were univocally supporting the usefulness of the app.

Following this was a panel discussion moderated by Marta Kubicza. Participants were Snezhana Krumova, Teresa Exenberger, Zahari Iankov and Dagos Lucian Ivan. In her contribution, Snezhana Krumova focused on the changes and opportunities introduced by the digitalization accelerated by the COVID pandemic in the legal realm. Changes need to include the rethinking of people, technology and processes as a whole, not just as separate entities. This included examples such as the introduction of e-justice (e-Filling, e-Hearing, e-Trials). Teresa Exenberger talked on the use of facial recognition software by the Austrian police. The speaker honed in on the dangers of said technology, mainly potential negative impacts on various human rights, such as the right to privacy, the intransparent use of facial recognition and the functioning thereof, the reproduction of biases by the technological tools, as well as the lacking legal remedies and framework for the use of facial recognition. Furthermore, the speaker emphasised Amnesty International’s call for a ban on the use, development, production, sale and export of facial recognition technology for identification purposes by both state agencies and private sector actors.

Zahari Iankov touched upon problems with privacy rights of minors suspected or accused of crimes in Bulgaria, where the transposition of the relevant EU directive is still in the process.This is compounded on by the infancy of ICT-use in criminal proceedings in Bulgaria, as the legal framework is still lacking in this regard. Furthermore, even basic rights, such as the right to access to information is not adequate, as minors are presented with the same information provided to adults, thus ignoring the needs of minors. Lastly, Dagos Lucian Ivan, besides arguing for the need for a comprehensive legal education of minors, expanded on the effects of COVID-19 and digitalization on criminal justice in Romania. The speaker detailed challenges that arose from the insufficient digitalization in Romania, where access to ICT is hampered by the lack of finances, while digitalization not only has changed citizens’ lives, but also changing new crime, via the use of deep fakes, crypto currency and so on. Therefore, ensuring that funding revenues for digitalization efforts, from technological infrastructure, modernizing administrative activities and the necessary training, is available for member states is of great importance.

Additional input was contributed by Ed Cape, who pointed to the dangers of digitalization. In particular, the issue with the engagement of persons suspected and accused of crimes during digital proceedings, as well as the tendencies of changes in behaviour of judges and lawyers to the detriment of the accused. Though further research on the impact of remotely provided legal advice and remotely conducted trials was needed. Concluding the conference was the presentation of the FAIR tool features done by Zhivko Zhelyazkov.

The project FAIR is implemented with the support of Justice Programme (2014-2020) of the European Commission under Grant Agreement №802040. 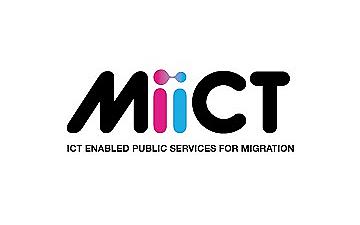 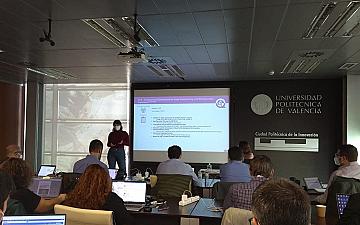 The results from the DEEP project were presented at the Special School for Students with Hearing Impairments “prof. Decho Denev” 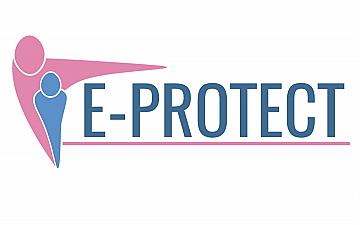 The gamification platform is now available